Glennon Doyle-Melton first appeared in virus form. Missives from her blog, momastery.com, were so heart-poundingly great, so honest and funny, and resonated with so many mothers, they spread faster than Sars. She now has over 100,000 people following her. Actually following doesn’t quite sum it up. It’s more like addiction. We inhale her words. Her […]

For many years, Patricia Moreno’s fans did not know that behind her successful TV fitness career, she had a secret. A really big secret.

Kendra has taken her sharp New York sense of humour around the world. Currently she  lives and works in Whales helping women and men battling eating disorders. She also runs The True You Project – which helps people connect with their truth. Kendra has a lot of truth. She also has so much energy and enthusiasm for life she could be plugged into the national grid. […]

The Country And Western Star

Music has taken Cynthia French-Blanchard all over the world. She has sung on the American country classic, Grand Ole Opry, provided background vocals on a large number of albums for artists, including Reba McEntire’s album, If You See Him, which stormed the charts, plus she founded and runs a successful music publishing company. Cynthia lives a charmed […]

For the last three years I have watched Dakotah teach women how to dance like crazy: how to get their hips down and dirty, make their boobs wave, and pull out their inner cowgirl. Her ZUMBA classes are spirited, just like her. I have also watched Dakatoh’s body, marveling at both its shape—which is a masterpiece of strong […]

Stella is usually called Mother at the advertising agency she works for in London. She runs the Creative Department, keeping her brood humming, and ensuring the writers and art directors refrain from tattooing their knuckles onto clients’ faces. Managing creative people is no easy task; you have to be highly creative yourself to pull it […]

As a sassy, senior copywriter for a social media company in Manchester, England, Anne knows what’s going on at least five light years before anybody else. Funny, dry, smart and ambitious, she’s stormed through a successful writing career. One night in New York, wearing wigs and silly grins after a few cocktails, I confessed my […]

There’s nothing more fabulous than a woman who works with incredibly dangerous animals. Ten years ago I was on a snorkeling trip in Zanzibar, when I overheard a woman say, “I’ve been working in Zambia for six months and now I’m exploring East Africa. Alone.” “Hey, that’s my line!” I said. The tall, red-headed beauty, originally […]

It’s with great fondness that I introduce this smart, kind, mother-of-three. She’s not a princess but most certainly a leader of the rebels. A couple of years ago all my teenage girlfriends converged on one house for a weekend. After hours of quaffing wine, eating, and laughing we went around the table and confessed one […]

If you don’t know Autumn Whitefield-Madrano from her hugely successful blog, the-beheld, then you’re in for a treat. Listed as a Body Image Hero by The Huffington Post, she is a thought-provoking, clever writer and soon-to-be author. Her thoughts and words have appeared on the Today Show, The Guardian, and much more. I was truly excited to […]

I have known this girl all my life. She was not the kind to get all screwed up, with anything. She was so good at high school: studious, diligent, polite to everyone, and great at math. She continued on to be a successful grown up working in schwanky advertising agencies, strutting around in high boots, with […]

Survivors Around The World 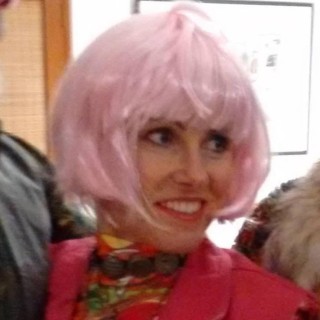 Why I Created This Place.

awesomebulimicsiknow@gmail.com
I would love to hear from you.